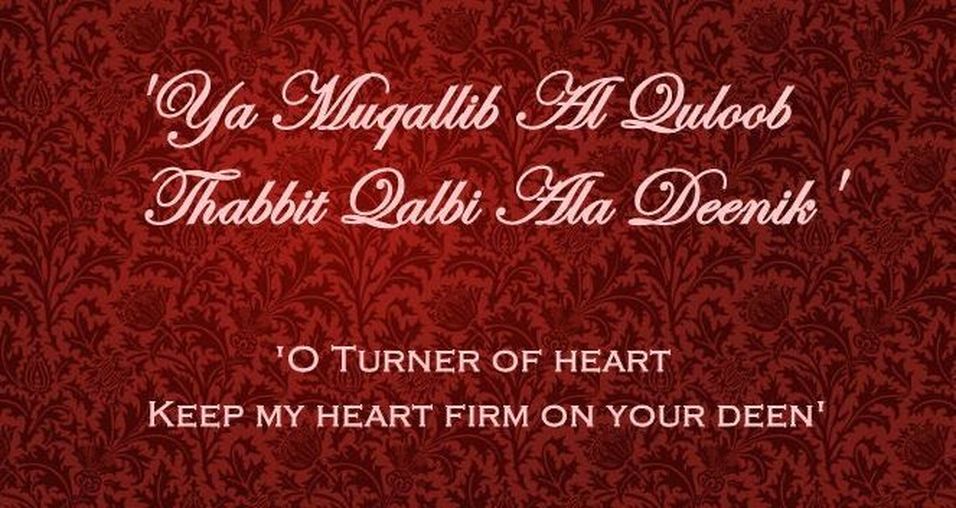 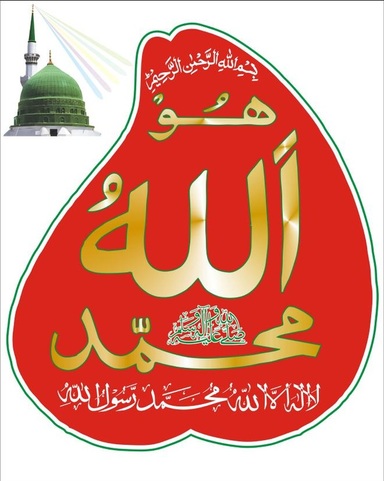 Although Sufism is nearly universally misunderstood by both Muslims and non-Muslims, it is an extremely important field of knowledge for both.
Properly understanding What is Sufism is essential in our current age, more important now than ever before, for it is within the sacred tradition of Sufism that humanity will fully flower in consciousness, nearness to the Divine, and awaken to the next stage in human development and the evolution of consciousness.

Due to a lack of proper education and a loss of classical learning, Sufism is often perceived as a fringe movement on the edge of Islam. However, nothing could be further from the truth.
Sufism is essentially spirituality, its primary purpose self-purification and the evolution of consciousness, and an essential field of knowledge that is in fact the essence of Islam.
The word or label can actually be counterproductive, that it is more conducive to the realization of Islam and the Way of the Prophet Muhammad (Sallalaahu Alayhi wa Sallam) to avoid labels and stereotypes, and to instead continually seek true knowledge, learning, understanding and wisdom.

What is Sufism? The Inner Dimension of Islam.
Some have gone so far as to proclaim that Sufism is not Islamic at all. This, of course, is absurd, as will become clear in this article and video.
Sufism is in fact the essence, the heart and soul, of Islam. There cannot be Islam without Sufism, just as there cannot be a body without a soul.

What is Sufism? Spirituality.
Sufism is but “Islamic Spirituality.” The term spirituality can be used to describe the inner dimension of the Way, and the word religion can be used to describe its outer expression.
One cannot have one without the other, and both the inner and outer dimensions of Islam are necessary for balance and harmony.
The word “religion” has come to mean but the rules and regulations of the Path, yet a more complete and whole understanding of the Way must connotate its purpose and essence as well.
What is Sufism? Sufism is but a term used to describe the spirituality of Islam.

What is Sufism? Self-Purification
There is but one veil between a human being and his or her Creator, and that is the self, the ego. It is but the ego-mind which creates separation and results in the experience of isolation and loneliness that dominates common human consciousness.
Yet God is eternally Here, Now. The Divine Presence, however, is commonly not felt nor experienced because ego-consciousness, which necessitates perpetual obsession with past and future to perpetuate its existence, is not Here and not Now.
Sufism is the path of self-purification, and in the original Arabic was referred to by the Prophet Muhammad (Sallalaahu Alayhi wa Sallam) as tazkiyyah.
In fact, the Prophet (Sallalaahu Alayhi wa Sallam) first called the Way tazkiyya, meaning purification, before Allah Almighty revealed in the Holy Qur’an its proper name, Islam.
Islam, which means surrender, originates from the root word meaning peace and purity. Sufism is thus the Path, the tariqa, that leads to the deepest dimension and experience of Islam — awakening to the Divine Presence by transcending the ego-mind and ego-consciousness.
What is Sufism? Sufism is the Path of Self-Purification taught by the Prophet Muhammad (Sallalaahu Alayhi wa Sallam), and by all prophets, to elevate humanity to transcendent consciousness and nearness to the Divine Presence.

What is Sufism? A Word.
The word Sufism is but a label in itself and nothing more. Such a label is non-conducive in terms of an identity, and in fact but serves ego.
Labels, at best, create stereotypes, separation and division, and at worst ignorance and enemies. It is incorrect to either identify with Sufism as a “Sufi,” as well as to label an individual as such. Sufism describes the highest state of spiritual excellence, and rather than a label, is in fact a description of a state of great attainment.
In its deepest sense, the word or label of “Sufi” becomes non-conducive to its goal. For one committed to the Path, Tazkiyyah is a better description, and more accurately describes Sufism.

Etymological Roots and Origins of the Word “Sufi”
What does Sufi mean? There are several etymological root origins for the word “Sufi.”
1. Safaa
Safaa literally means “pure” and “clean.” Purification of consciousness is the goal of the “Sufi,” and one who practices tasawwuf, or tazkiyyah, seeks the attainment of Maqam al-Ihsan, the “Station of Spiritual Excellence.”

2. Safa
Safa means “wool,” and was used to describe the dress of the early mutasawwafeen, or “Sufis,” who often wore but a simple woolen cloak, symbolizing non-attachment to the world.
This simple woolen dress of the zahideen, spiritual ascetics and spiritual warriors is not unlike the Jedi of the Star Wars Universe, who are the guardians of peace and purity in the galaxy.
George Lucas was in fact inspired by the Sufis in creating his archetypal spiritual warriors, the Jedi, servants of the Light committed to knowledge, learning, truth and justice.

3. As-Hab as-Suffa
As-Hab as-Suffa, the “Companions of the Bench,” were an elite group of spiritual ascetics primarily devoted to spiritual development in the time of the Prophet Muhammad (Sallalaahu Alayhi wa Sallam) who earned the monicker because they often sat in meditation and remembrance on a bench outside the home of the Prophet (Sallalaahu Alayhi wa Sallam).

4. Sofia
Sofia is the Greek word for “wisdom,” and resonates with the Sufi’s lifelong quest for knowledge, wisdom, learning and true experience.
The goal of the Sufi, the devotee of the internal science of self-purification within Islam, is to seek true experience, beyond concept, theory and ideology. They are the seekers of Reality, and strive to truly know God, rather than to simply know of God.

Others Synonyms for Sufism
The word Sufism which points to the inner dimension of Islamic Spirituality has several synonyms in Arabic.
1. Tasawwuf
Tasawwuf is simply the original Arabic word for Sufism.

3. ‘Ilm al-Ihsan
‘Ilm al-Ihsan means the “Knowledge of Spiritual Excellence,” and is but a description of the Islamic science of spirituality.

4. Tariqa
Tariqa means the “Way,” or the “Path,” and denotes the path Home to the Divine Presence, and to the presence and reality of the Prophet (Sallaalaahu Alayhi wa Sallam), who is the means to Allah, without which humanity in darkness.

Without the light of prophecy, humanity remains lost in confusion and conjecture. And this is why traditional schools of Islamic Spirituality, or “Sufi Orders,” must have a living lineage that can be traced directly back to the Prophet Muhammad (Sallalaahu Alayhi wa Sallam) himself.

Traditionally, there are 41 Sufi Orders, or Tariqas, and they all lead to same goal just as many rivers lead to the Ocean.
Historically, one would adopt a school of external practice (madhhab) and a school for internal development (tariqa). We the same model manifest in, for example, the University system, in which one can attain a degree and specialization in any particular field such as medicine, law, engineering, literature, history and the like.

Although some universities are more prestigious than others, some more widely known and recognized, and that there will be slightly different emphases in the various institutions of higher learning, they are all nonetheless valid, in harmony and enable an individual to practice in his or her given field.

Again, the movement towards psychological separation is from ego-consciousness. It is important to remember that it is a mercy from God there exists different manifestations and expressions of the Way to suit different cultures and different individuals.

The Islamic goal has always been unity in diversity. And this then the goal of Sufism, the transcendence of self, and thus the experience of true love and unity. If a particular manifestation of “Sufism” is not serving this purpose, then it is likely not Sufism at all, and may better be described as a cult, the very antithesis of Tasawwuf and of Islam.

Jihad an-Nafs
Jihad an-Nafs means the “Struggle Against the Self,” and is a description of the inner battle, the inner struggle, to rise above the lower self and its tendency towards negativity.

Jihad an-Nafs is to transcend anger, fear, hatred, bitterness, jealousy, envy, pride, arrogance, hopelessness, despair, despondency, depression, and all negative qualities and characteristics that are necessary for the ego to survive.
And so the Path of Sufism, of Islam, is the path to truly believing, to become a true believer. It is to become self-less, to “die” to the lower self, and to be reborn in the Light of the Divine Presence.

Tariqa is to become progressively pure, clean and free. It is to be filled with light, love and compassion.
This is the goal of Islam, and the goal of Sufism. It is nothing short of absolute and total enlightenment.

DHIKR'
Abu Huraira Radhi Allah Anhu reported Allah’s Apostle (May peace be upon him) as saying Allah has mobile (squads) of angels, who have no other work (to attend to but) to follow the assemblies of dhikr and when they find such assemblies in which there is dhikr (of Allah) they sit in them and some of them surround the others with their wings till the space between them and the sky of the world is fully covered, and when they disperse (after the assembly of dhikr is adjourned) they go upward to the heaven and Allah, the Exalted and Glorious, asks them although He is best informed about them: Where have you come from? They say: We come from Thine servants upon the earth who had been glorifying Thee (reciting Subhan Allah), uttering Thine Greatness (saying Allah o-Akbar) and uttering Thine Oneness (La ilaha ill Allah) and praising Thee (uttering al-Hamdu Lillah) and begging of Thee. Be would say: What do they beg of Me? They would say: They beg of Thee the Paradise of Thine. He (God) would say: Have they seen My Paradise? They said: No, our Lord. He would say: (What it would be then) if they were to see Mine Paradise? They (the angels) said: They seek Thine protection. He (the Lord) would say: Against what do they seek protection of Mine? They (the angels) would say: Our Lord, from the Hell-Fire. He (the Lord) would say: Have they seen My Fire? They would say: No. He (the Lord) would say: What it would be if they were to see My Fire? They would say: They beg of Thee forgiveness. He would say: I grant pardon to them, and confer upon them what they ask for and grant them protection against which they seek protection. They (the angels) would again say: Our Lord, there is one amongst them such and such simple servant who happened to pass by (that assembly) and sat there along with them (who had been participating in that assembly). He (the Lord) would say: I also grant him pardon, for they are a people the seat-fellows of whom are in no way unfortunate.